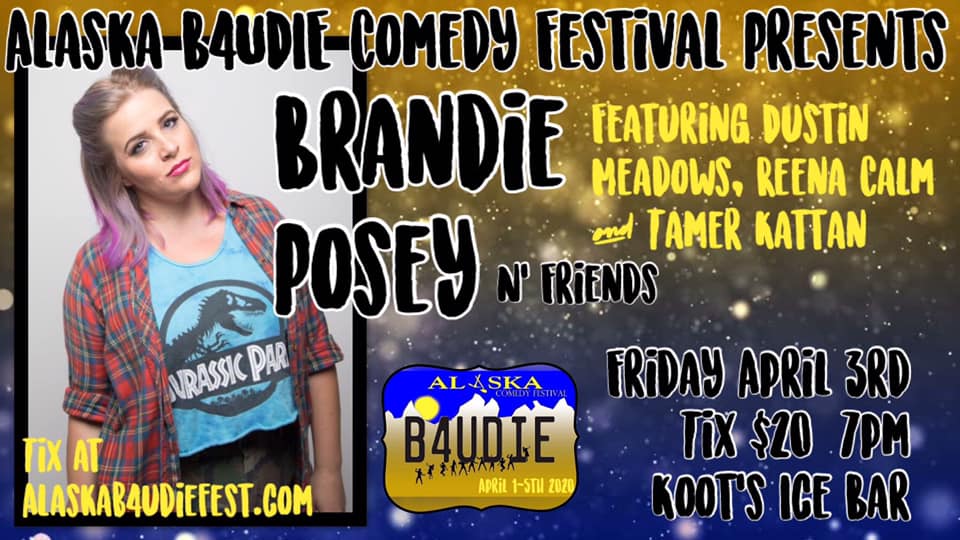 Brandie has appeared on MTV, E! and Comedy Central. She made her feature film debut in the indie dark comedy, "The Worst Year Of My Life" directed by Jonathan Smith and her first stand up record Opinion Cave debuted at #1 on iTunes & #12 on Billboard.com. Brandie’s comedic style has been described as a “Riot Grrl on acid”.