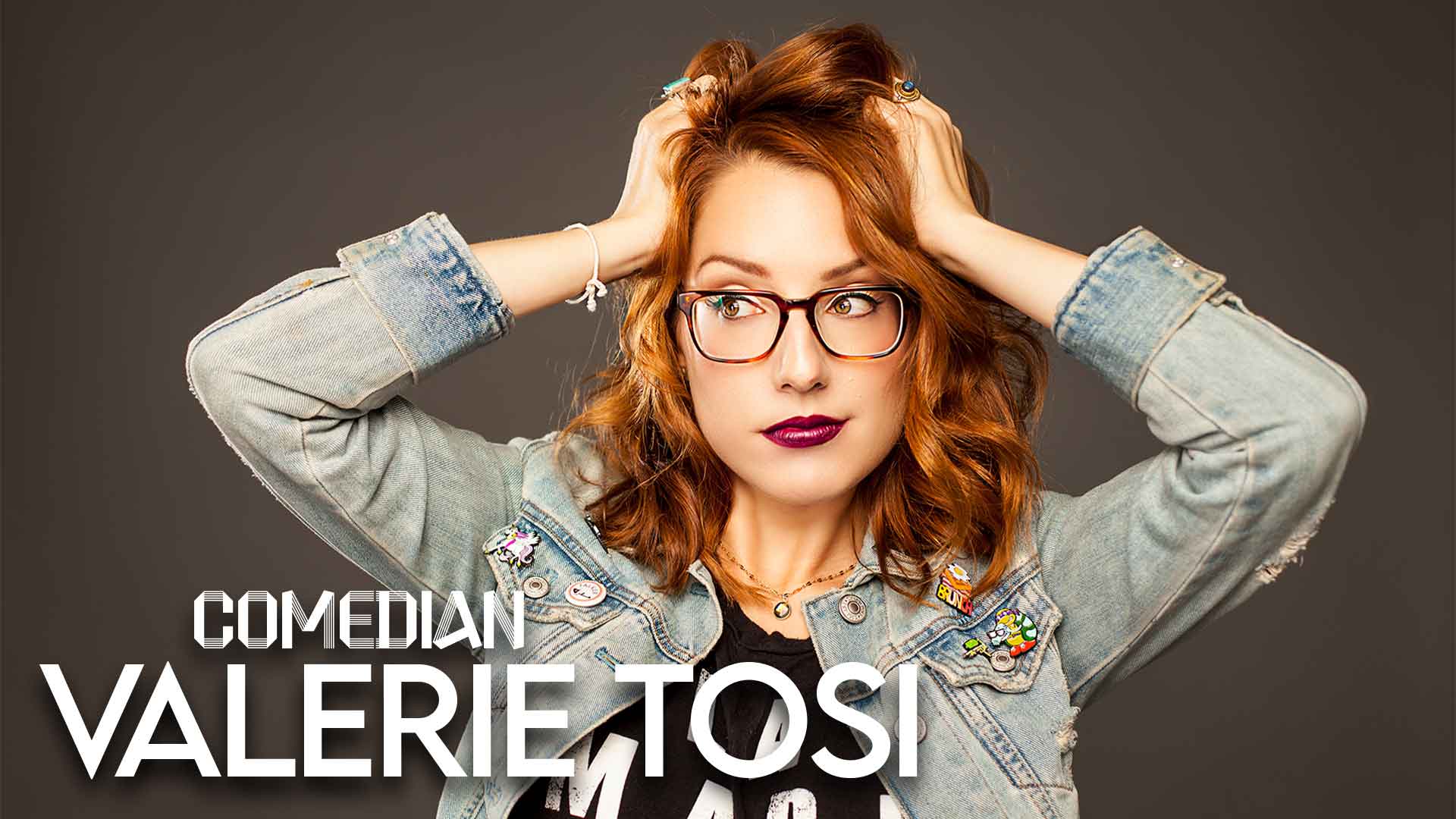 BIO:
Valerie Tosi is a comedian, actor, writer, and voiceover artist. An alumna of both iO West and Second City Hollywood, she has appeared in a viral promo with Kevin Hart and Ice Cube. Valerie has also appeared on ‘Stan Against Evil’ on IFC, ‘The Joel McHale Show’ on Netflix and was the guest comic on a recent episode of ‘Conan’ on TBS. She is regularly featured at major comedy festivals including Limestone, Laughing Skull, Out of Bounds, and All Jane. Valerie is a regular feature act for Emmy Award-winning comedian Dana Gould and she is the voice of the Google Home Mini campaign. She is the host and creator of The Mermaid Comedy Hour, the longest running all-female comedy show at The Hollywood Improv. Her comedy is personal stories told in a way that is delightfully relatable.
QUOTE
“That Valerie is a great joke writer goes without saying. It’s her ability to take her very modern, evolved worldview and marry it with her no-nonsense, working class voice that makes her so special.” - Dana Gould (Emmy Award Winning Writer & Comedian, The Simpsons)
Sponsored by Jameson