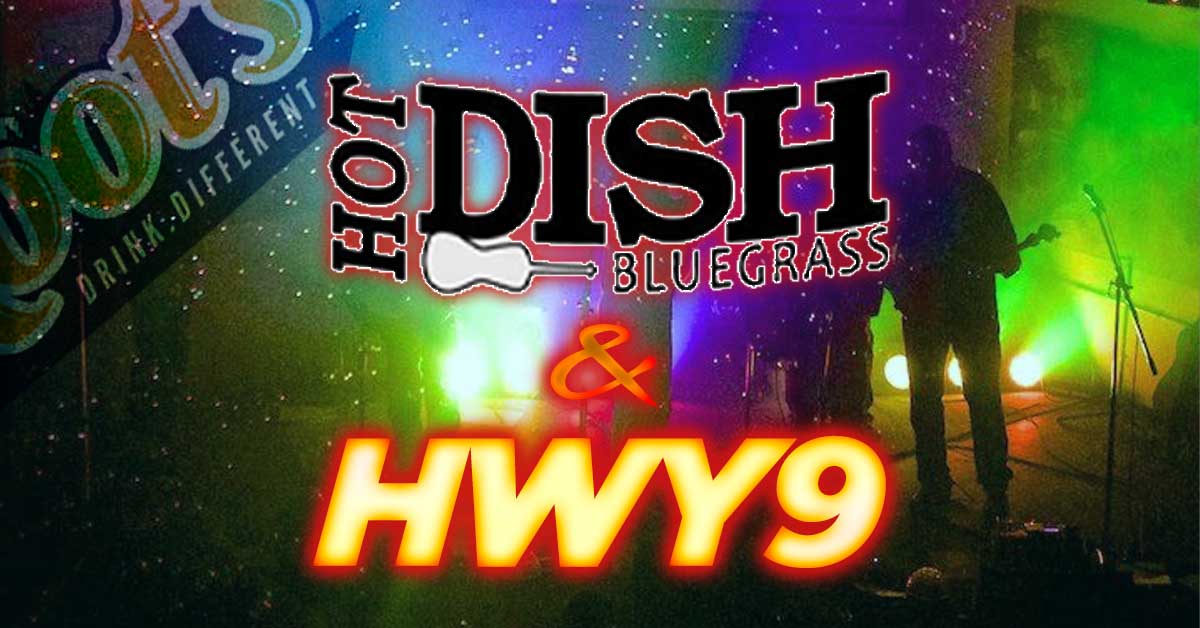 Hot Dish is a progressive bluegrass/newgrass band based in Anchorage, Alaska. Hot Dish was formed in August, 2010. What started out as a few old college buddies sitting around and picking quickly became one of the hottest new bluegrass bands in Alaska. With the addition of Dan Harter on banjo , Hot Dish is ready to raise the bar for their already legendary performances.

Hwy9 was born out of the Open Mics and Jams in SouthCentral AK when original band members Chris Crain, David Todd, and Mike Oviatt started joining up regularly to play Chris's original songs and creative cover interpretations in 2016. In 2017 they evolved into a full band with many guest musicians, playing across Anchorage, Girdwood, and Seward until finally making it official on July 2, 2018 when the trio played their first gig as Hwy9 at the Girdwood Picnic Club. The band now plays across the Anchorage Bowl, Turnagain Arm, and Kenai Peninsula with a rollicking, dance-friendly mix of Chris's alt-country rock originals and covers from across the entire music spectrum.