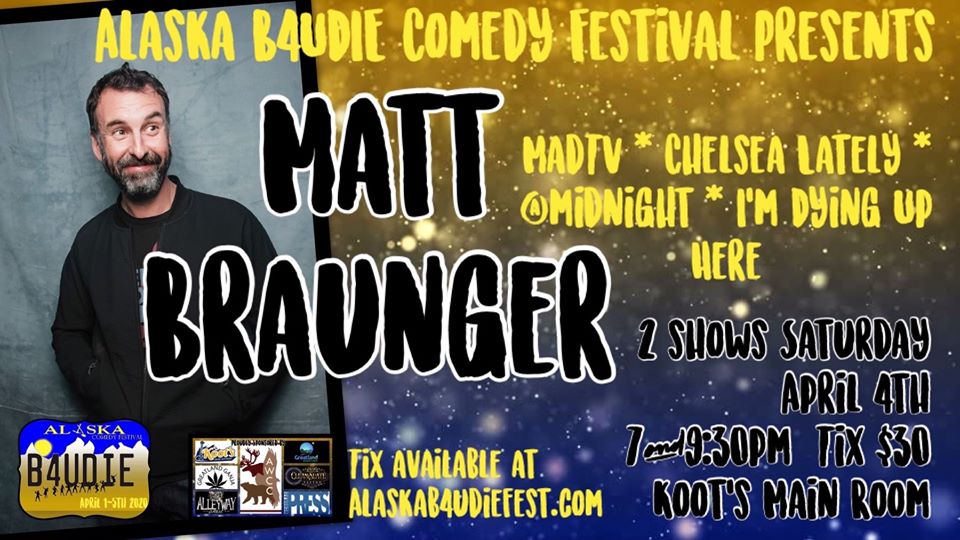 Matt was a series regular on Fox’s MADtv, a cast member of the TruTV series How to Be a Grown Up, and made appearances on Superstore, Fuller House, BoJack Horseman, Stan Against Evil, I’m Dying Up Here, Maron, the Chelsea Lately roundtable, CONAN, The Tonight Show with Conan O’Brien, The Late Show with David Letterman, United States of Tara,  The Late Late Show with Craig Ferguson, Acceptable TV, and Live At Gotham. Matt was also a regular guest on @midnight and appeared on Comedy Central’s The Meltdown.