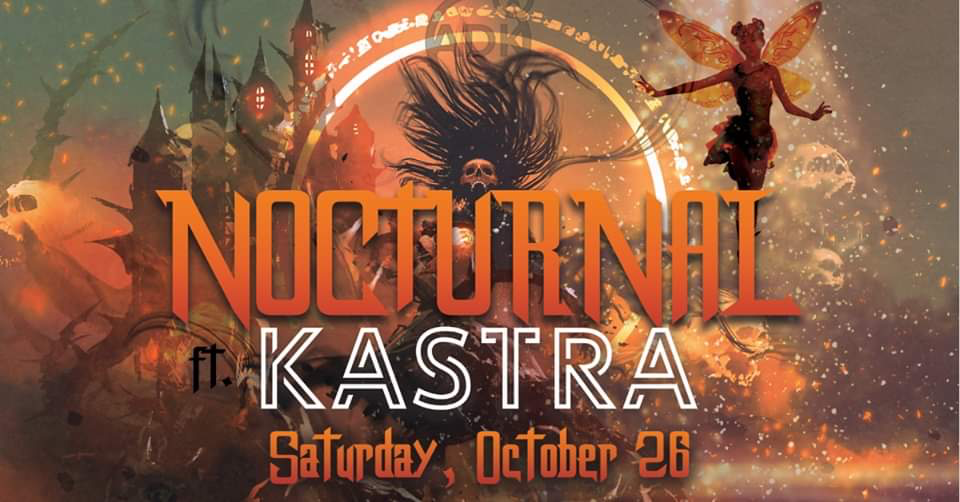 Enter a land of fantasy from beyond your imagination, dance with the elves under a fae moon and conquer the Minotaur's maze if you dare.

North Stage: Discover a castle in the sky and explore a realm of pure magic and illusion. Learn just how deep the music goes as our fully immersive lighting, visuals and sound bend the very fabric of reality, space and time. Featured Headline Performance by Kastra of Sleeping Giant Music ( https://soundcloud.com/kastramusic )

Swing Bar/Patio: Venture into the Minotaur’s Lair all ye brave adventurers who go forth to face the darkness. Brace thyself against all manner of dark magick and daemonic influences, for once you've entered the chambers of the Minotaur the bass shall leave no soul untouched. Seek the three potions of power and defeat your fears as you become one with the night.

With over 10 million accumulated streams on Souncloud, YouTube, and Spotify - as well as boasting support from Martin Garrix, Tiesto, Avicii, The Chainsmokers, David Guetta, Knife Party, Nicky Romero, and many more, Ray Decker better known as “Kastra” has made quite a name for himself in a few short years. Born and raised on the Jersey Shore, a community deeply rooted in music history, Ray is a true product of his environment.

Kastra has released various singles and remixes on some of the dance music industries top labels including Hussle/Ministry of Sound, Enhanced Music, Ultra Records, Vicious Recordings, Club Cartel, Onelove, and Panda Funk. Among these released were some major collaborations with artists such as multiplatinum Grammy award winner Fatman Scoop and DJ Mag Top 100 artist DJ BL3ND.

In addition to his work with various recording imprints, Kastra also releases an overwhelming about of free content to his fans each year. His free remix of Ed Sheeran’s “Castle on the Hill” racked up a whopping 4.5 million streams on YouTube’s number 1 music channel Proximity. He is also in his second year of his Mashup Monday series where he releases a new mashup every Monday.

In this short amount of time, he’s gained the support for his free and official releases from EDM’s top blogs including Dancing Astronaut, This Song is Sick, Fresh New Track, Your EDM, and many more noting him as “one of the most underrated house producers out at the moment”