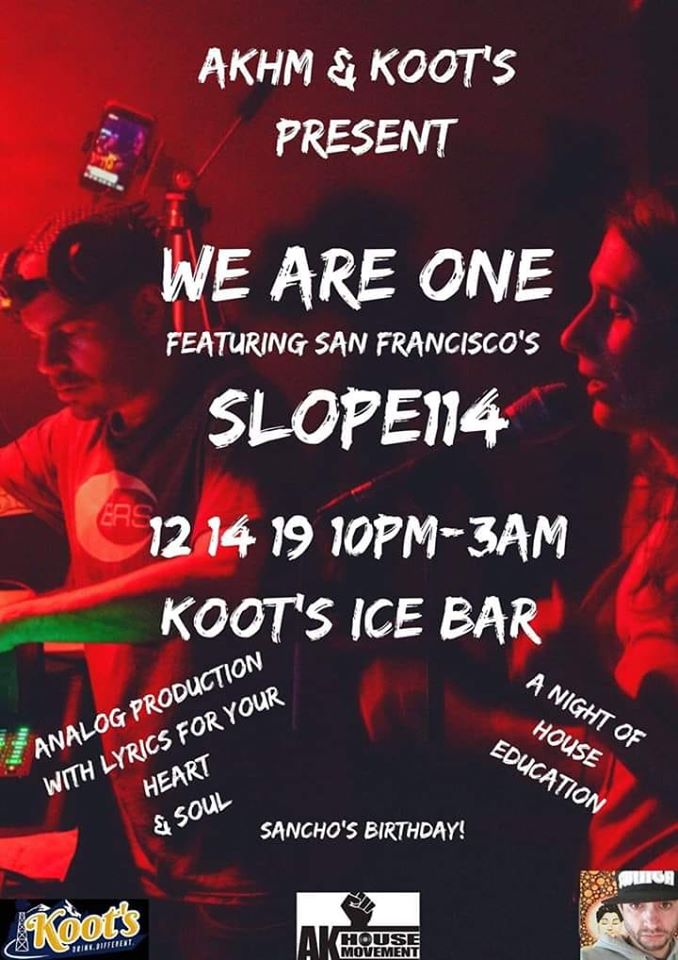 This is a birth celebration for SANCHO (Chris Sanchez) as well as our guest Dimitri (1/2 of SLOPE114) & the rest of Sagittarius BDay's.

Slope114 is Elise Gargalikis and Dmitri SFC. Live House Music duo from San Francisco California.
Singing in competitions around California from the early age of 6. The product of a generations long line of singers. Elise became known for singing House Music at San Francisco Bay Area undergrounds in the early 2000’s. In 2013 she released her first self written 12″ the single “Poseidon” via Atjazz records.
DJing in San Francisco clubs with a found ID before he was legally old enough to be inside. Dmitri released records as The Sexicanz & COA recordings before joining forces with Elise to create Slope114. You may recognize him from the film “Groove The Movie” (Sony Motion Pictures Classics).
Together based on the success of their demo videos Slope114 have run three successful crowd funding campaigns for 12″ vinyl releases “Satya”, “Sweet Sue” & “Grow Your Mind”. Slope114 has performed in Detroit, Montreal, San Francisco, Portland & the UK returning to Ministry of Sound London october 27th 2018.
Slope114’s music is purposefully uplifting House Music. Elise sings while Dmitri provides sounds , heavily influenced by the vibe of early San Francisco bay area raves.

Thursday Night At The Fights After Party at Koot's 1/23