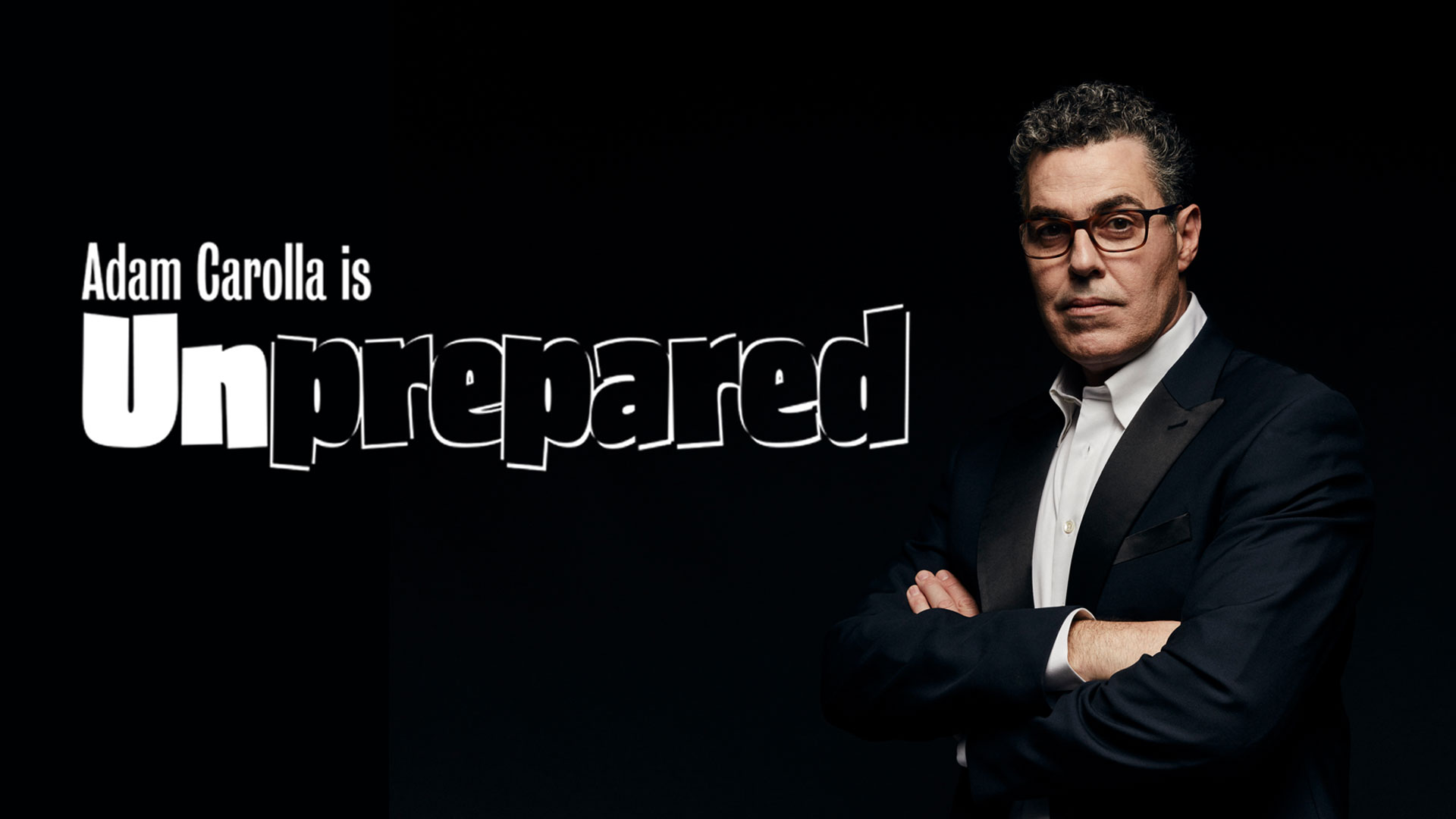 Adam Carolla is Unprepared. This is Adam's standup show.

Jimmy Kimmel has always said that Adam Carolla is the funniest comedian who has never written a joke and dared him to prove it. Adam has accepted Jimmy's challenge to do a show completely supplied by audience members ideas for Adam to spin into comedy gold. Join Adam to experience just how funny an UNPREPARED Adam Carolla can actually be.
‍

Launched from his home office in February 2009, THE ADAM CAROLLA SHOW now receives more than 30 million downloads a month and has been featured in Fast Company Magazine, Entrepreneur, The New York Times and The Los Angeles Times.
‍

In 2010 Adam became a New York Times best-selling author for the first of 3 times when his book, IN 50 YEARS WE’LL ALL BE CHICKS, topped the charts for ten weeks. The audio version went straight to the #1 position on iTunes. He has since released 4 more best-sellers including NOT TACO BELL MATERIAL, PRESIDENT ME, and DADDY STOP TALKING. His latest, 2020’s I’M YOUR EMOTIONAL SUPPORT ANIMAL, shot to #2 overall on Amazon.com and held the #1 Political Humor spot for several days.

Adam began his career on the nationally syndicated radio program LOVELINE with Dr. Drew Pinsky. MTV ran a television version of the show for five seasons (1996-2000).

Adam also co-wrote, produced and starred in two independent feature length films: THE HAMMER (2007) and ROAD HARD (2015), a crowd-funded comedy that raised over a million dollars in a single month. Through his venture Chassy Media he produced the inspirational documentaries WINNING: THE RACING LIFE OF PAUL NEWMAN, UPPITY: THE WILLY T. RIBBS STORY and THE 24-HOUR WAR, which documents the battle between Ford and Ferrari in the 1960’s for racing dominance at Le Mans.

In 2019, Adam began touring his new show, “ADAM CAROLLA IS UNPREPARED”, in which Adam improvises a brand-new stand-up act nightly based on one-word audience suggestions pulled at random and performs live versions of the podcast and stand-up comedy throughout the country.