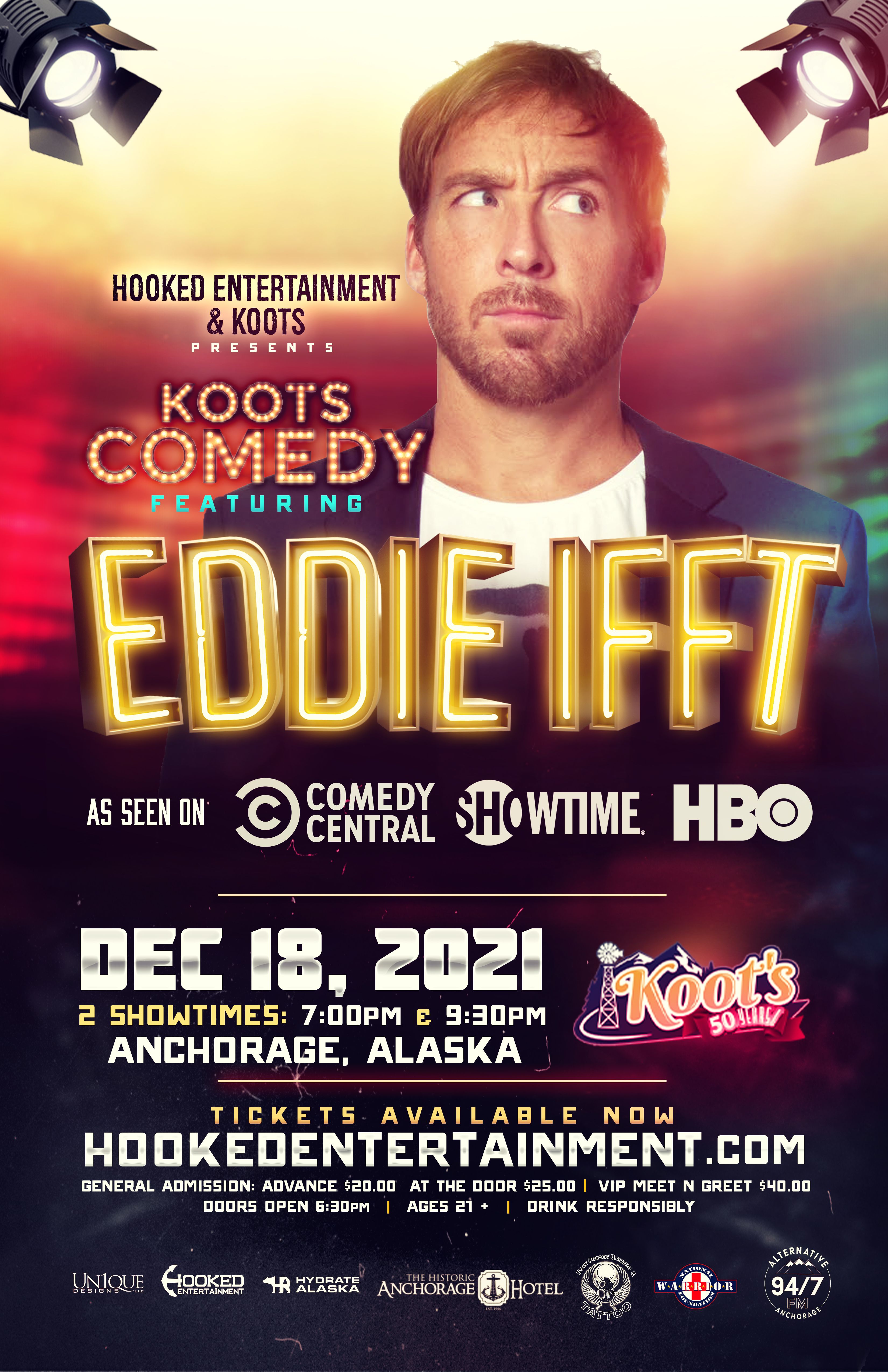 Eddie Ifft – has been called one of the most underrated comics in America by the Onion and has proudly told jokes around the world to sold-out crowds in over 15 countries.

Eddie is the host of one of the most successful podcasts in the comedy world called “Talkin’ Sh*t”. He's a 3 time guest of Joe Rogan Experience and In August of 2014, his Kickstarter campaign to fund “The Bingle Bus” a mobile podcasting studio exceeded his fundraising goal and raised over $60,000, so he can take his popular podcast on the road! https://www.kickstarter.com/projects/1190153948/ the-bingle-bus He has been seen as a guest star on “Legit”, seen on the FX network. He filmed a brand new DVD that released last year, a follow up to his critically acclaimed DVD “Live From Australia”, which was filmed in front of a sold out audience at the Sydney Opera House in Sydney, Australia. Additionally, he has also released his own 30-minute special for Comedy Central and made numerous TV appearances on shows such as Showtime’s the Green Room with Paul Provenza, Showtime’s Tommy Chong 420 Show, E!’s Chelsea Lately, NBC’s Last Comic Standing, Comedy Central’s Premium Blend, BET’s Comic View, NBC’s Late Friday Night, VH1’s Never Mind the Buzzcocks, Comic’s Unleashed. EDDIE’s popularity has spanned to Australia, where he has appeared on numerous TV shows, including Rove, Thank God You’re Here, The Footy Show and Good News Week. Furthermore, IFFT has also worked as the host of Shark Week, spent a season as the ABC College Football Guy, earned a job as ‘man-on-the-street’ on the Queen Latifah Show, hosted a pilot called Strap-On for Comedy Central, and co-hosted a sports radio show on New York’s legendary WNEW.
‍