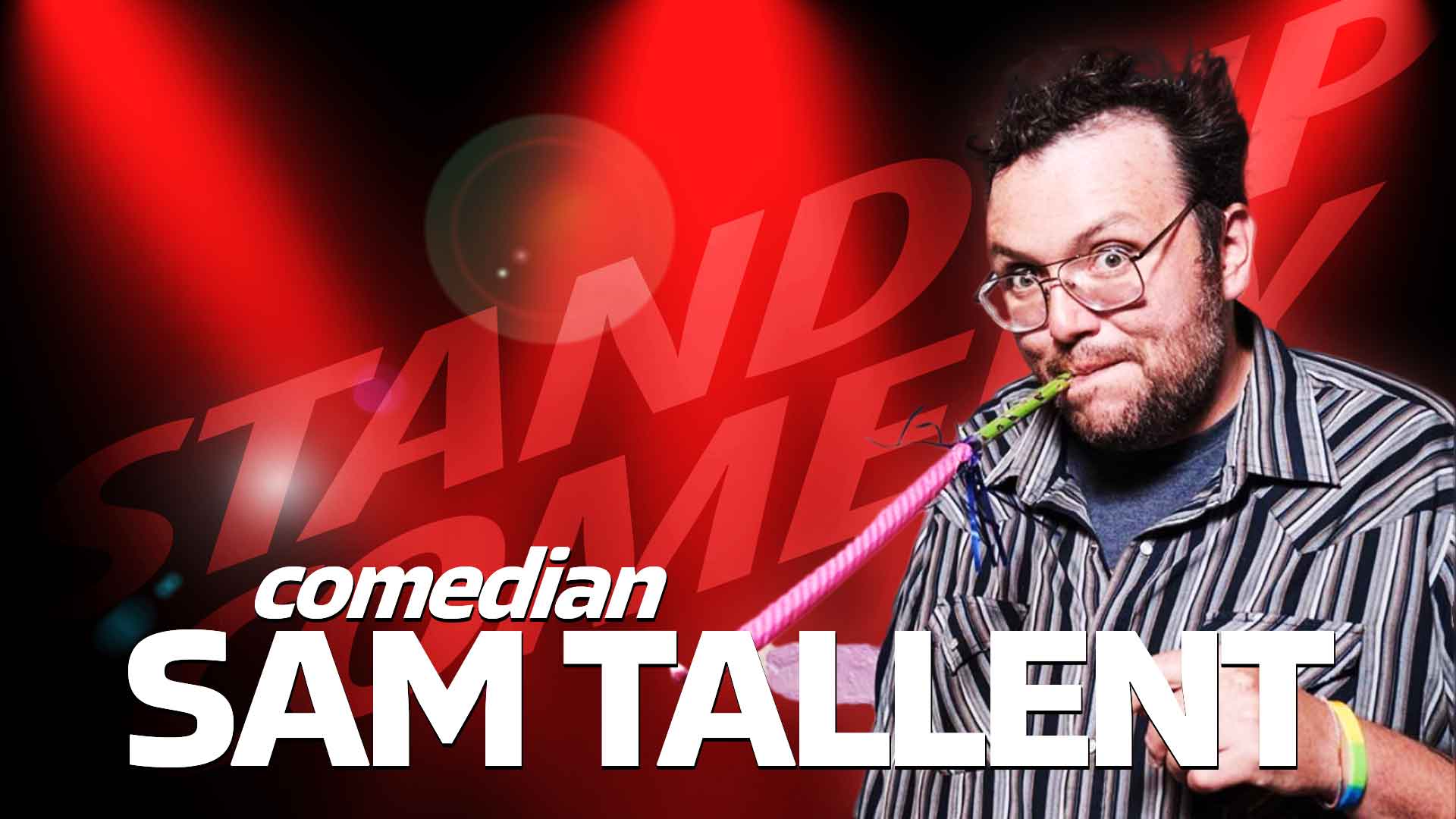 Known for whip-quick wit and rollicking improvisations, Sam Tallent is one of the sharpest, most original rising talents in comedy today. For the last 10 years, he has performed at least 45 weekends annually across America, Canada and France. Called "the absurd voice of a surreal generation" by the Denver Post, Sam is beloved by fans of contemporary comedy. He was a New Face at the 2019 Just for Laughs Montreal Comedy Festival, he won his battle on Comedy Central's Roast Battle, hosted the Denver episode of VICELAND's Flophouse and appeared on the Chris Gerhard Show to impress a girl. His critically acclaimed debut novel Running the Light - heralded as the “definitive novel about stand up comedy” (Marc Maron, WTF) - was published by Too Big to Fail Press in 2020 and his short fiction has been published on VICE.com and in BIRDY magazine. He lives in Colorado with his wife and his dog.

PRAISE FOR RUNNING THE LIGHT

“Brilliant writing. Astounding. One of the best books I’ve read. Ever. The best fictional representation of comedy in any medium.”

“Sam Tallent is and always has been one of the true originals. He’s as much myth as man, like a character who wandered off the pages of a Kerouac novel. But he’s very real, and full of real integrity that shines through in all of his work.”

“It feels unfair to compare a first time novelist to masters like Denis Johnson and David Gates but it’s all here: despair, fury, nihilism, tenderness, lyricism, hope, dark new insight into the human condition. Has a book about comedy ever been so serious or so seriously literary? This grim tale about a professional funnyman unraveling on the road is as bleak and electrifying as anything by Cormac McCarthy.”

“I like Sam Tallent. If I knew he was writing a book, I would’ve warned him about it.”

”Sam Tallent has the words "Joke Life" tattooed on his feet which is fitting because reading this book you get the feeling he's walked a mile in Billy Ray Schafer's shoes. Fortunately for us, Sam was smart enough to take those shoes off after a mile because he could see what lay ahead. And he wrote it all down. Running the Light absolutely nails the despair, futility, indignity and perverse beauty of a life given over to stand-up comedy. The sad and the funny bleed so effortlessly into one another you don't know whether to laugh or cry or check yourself into rehab. Running the Light ought to be required reading for every open-micer in America.”

“Sam Tallent is the Henry Rollins of stand up, if we all agree to forget Rollins tried stand up. The underground music scene has produced many things we all now know of and appreciate. Sam will be that next thing. Read this book so you can tell your friends you knew about him before he got big. The DIY music world’s best offering to the comedy world.”